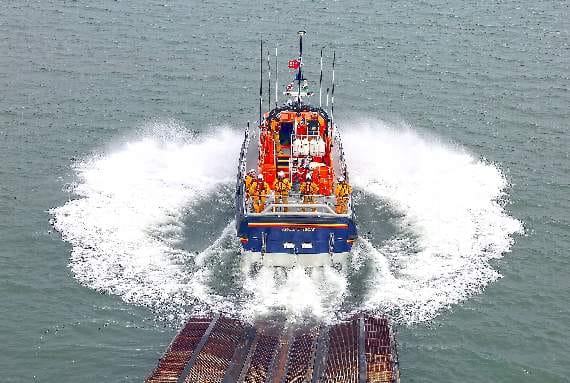 Angle Lifeboat crew has has had a busy start to June.

The lifeboat was launched last Monday morning to a 75-year-old man suffering chest pains on Skokholm Island. It arrived at the Island 20 minutes after launching and headed in alongside the landing steps where the casualty was taken aboard.

He was assessed by crew members whilst the lifeboat headed back towards Milford Haven.

Arriving at Mackerel Stage at Milford Marina, they were met by a family member who was going to take him to hospital to be checked out.

The lifeboat launched again the next day, to a 70 year old woman who had fallen on Marloes beach. The casualty was in the care of Dale coastguard but was in a lot of pain.

Due to the expected arrival time of an ambulance, the lifeboat was requested to assist with care.

The volunteers have received praise on their Facebook page after a string of rescues in May and June. “It’s the quick response that makes the difference between life and death,” commented one follower. “Heartfelt thanks to every crew member for all you do,” said another.