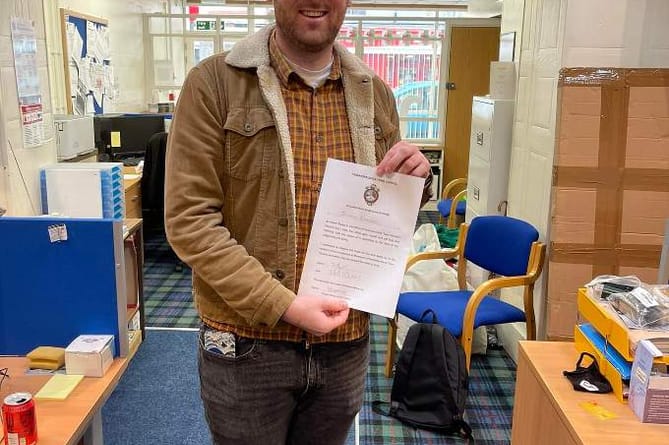 Joshua Beynon is sworn in as interim Mayor

Clr. Judkins has thanked Councillors for support during his short term, but due to personal reasons and extra work commitments this has resulted in him being unable to attend events and give his full attention to the role.

He therefore felt it was best for him to step down and allow the Deputy Mayor Clr. Beynon to take over the role for the remainder of the term to allow for events to be represented in events throughout the County.

Clr. Joshua Beynon will undertake the role as interim Mayor until the next meeting of Full Council which will take place on Thursday, December 2, 2021 where the official voting will take place for Mayor and Deputy Mayor, who will remain in office until May 2022.

“It’s an honour to be the youngest Mayor in both the town and Pembrokeshire’s history and I look forward to promoting the town and the values I hold dear of compassion, equality and kindness.”