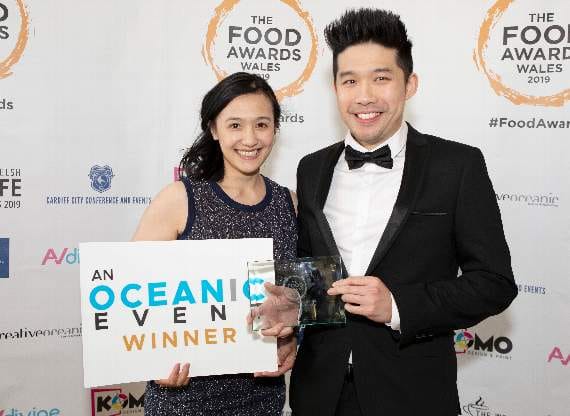 Winners of the Food Awards Wales 2019 have been announced with local establishments coming up trumps.

The Food Awards Wales 2019 to celebrate national excellence welcomed over 500 guests at the Cardiff City Stadium, on Monday (May 13) in big a celebration of the hard work of those who provide us with delicious food and unique flavours.

There was good news for Tenby too as D.?Fecci? and Sons was named ‘Best Fish N’ Chips Establishment’, while Sian and Simon Vickers of the traditional seaside pub The Griffin in Dale picked up the award for ‘Restaurant General Manager of the Year’.

Nearby ‘Best Asian Food Establishment’ went to the Lotus Restaurant and Take-Away in Pendine.

The awards recognised the achievements of local suppliers, wholesalers, chefs and establishments amongst others who always serve the community with the freshest of products and work tirelessly within their establishments to deliver great experiences to their diners. The winners are a true reflection of the quality and excellence that remark the Welsh food industry.

Several of the awards were split into local regions to ensure the diverse range of businesses from across the country are recognised for their exceptional work.

“The purpose of the Food Awards Wales was to acknowledge the professionals that care for their diners or customers at a national scale.

The awards also provided the opportunity to fundraise for a worthwhile cause and helped raise money for the official charity partner, Make A Wish Foundation UK who grant magical wishes to children and young people, fighting life-threatening conditions.