Public Health Wales today confirmed that a case of monkeypox has been identified in Wales. 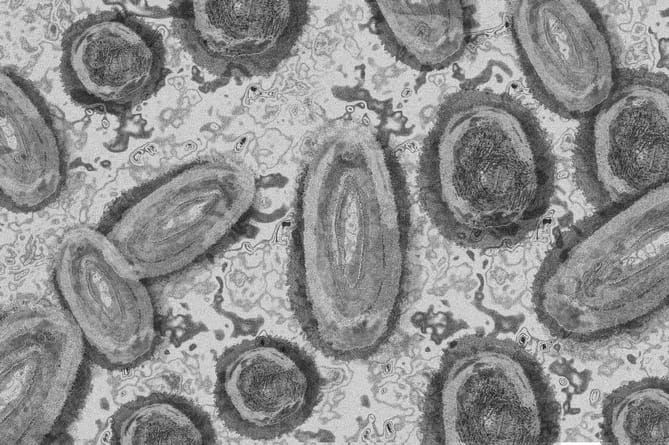 Monkeypox under the microscope. (Geralt/Pixabay )

“Public Health Wales is today (Thursday 26 May) confirming that a case of monkeypox has been identified in Wales.

“We are working with the UK Health Security Agency (UKHSA), Public Health Scotland, and Public Health Agency Northern Ireland, and we are ready to respond to cases of monkeypox in Wales.

“The case is being managed appropriately.  To protect patient confidentiality, no further details relating to the patient will be disclosed.

New hospital sites to be reviewed by appraisal group

“We are reassuring people that monkeypox does not usually spread easily between people, and the overall risk to the general public is low.  It is usually a mild self-limiting illness, and most people recover within a few weeks.  However, severe illness can occur in some individuals.

“Initial symptoms of monkeypox include fever, headache, muscle aches, backache, swollen lymph nodes, chills and exhaustion.  A rash can develop, often beginning on the face, then spreading to other parts of the body, particularly the hands and feet.  The rash changes and goes through different stages before finally forming a scab, which later falls off.

“Everyone is being asked to be aware of the monkeypox symptoms, but it is important that gay and bisexual men are alert as it’s believed to be spreading in sexual networks.

“Anyone with unusual rashes or lesions on any part of their body should contact NHS 111 or call a sexual health service if they have concerns.”

Cases of monkeypox in the UK, including in Wales, are reported on the UKHSA website.