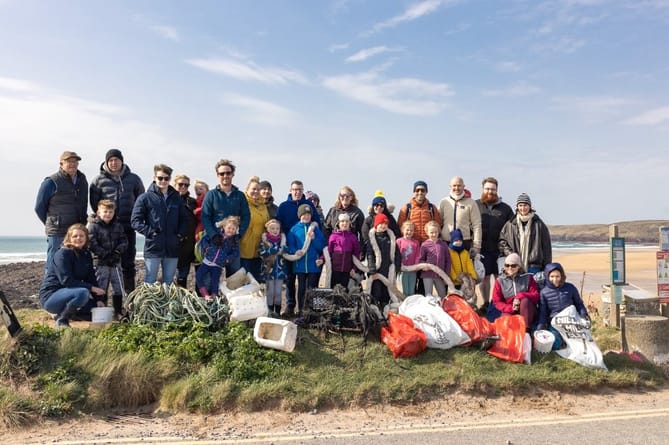 Staff from Bluestone National Park Resort, have been supporting efforts to ensure the area’s shoreline is clear of litter as part of their ongoing volunteering efforts.

Pembrokeshire’s coastline is well-known internationally for its abundance of wildlife, habitats and pure beauty. However,, like most other UK shorelines, it’s often affected by litter and debris washing up or left behind by beach users.

Over recent years a team from Bluestone, has joined groups such as Surfers Against Sewage and others to help clear beaches along the coastline.

“We have a collective responsibility to care for our environment,” said Marten Lewis, Head of Corporate Responsibility at Bluestone. “Our coastline and countryside not only attract tens of thousands of visitors each year, they are a haven for wildlife.

More than £100,000 available to local projects via Sustainable Development Fund

Transform your community with a free garden package

“Clearing up the shoreline debris helps protect the marine environment from plastic pollution and the species that live there as well as ensuring they maintain their spectacular beauty for visitors. Both of these are important for our natural environment and for our tourism.”

Another team of Bluestone volunteers will head to beaches in the area in the autumn joining members of Surfers Against Sewage, a charity engaged in restoring the oceans around the UK, including West Wales.

Emma Cowley, of Surfers Against Seage, said: “More and more people are aware of how issues such as plastic in the sea, litter and other debris are impacting on the wildlife and environment.”