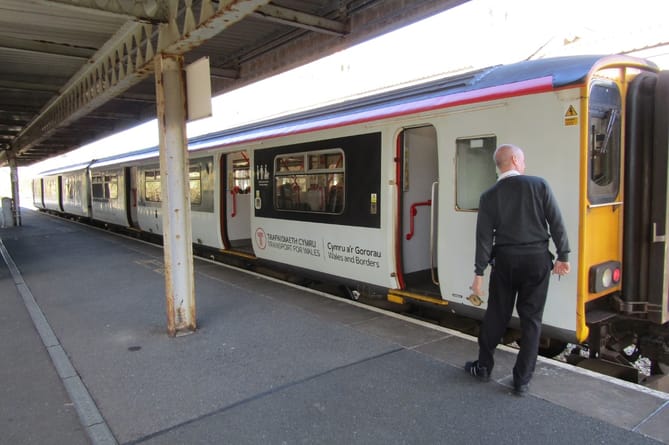 Even though Transport for Wales is not directly involved in the dispute, there are no train services operating in Pembrokeshire on strike days. (Pic supplied )

As a second day of RMT Union industrial action brings disruption across the UK rail network, the South Pembrokeshire Rail Action Group have expressed their concerns.

“SPRAG is disappointed that strike action has severely disrupted train services in Pembrokeshire and across Wales,” said a spokesman today.

“We understand that our local train company, Transport for Wales, is not actually involved in the dispute. However Network Rail who control the signalling system is involved. As a result there are no train services operating in Pembrokeshire on strike days.

“We hope the dispute will be resolved at a national level as soon as possible.”

Of greatest concern currently to SPRAG is the “high level of cancellations taking place on the Whitland to Pembroke Dock line almost every day.”

Bus replacements are often provided, but “these take much longer to reach Carmarthen, resulting in longer journey times and missed connections. We have raised this issue with Transport for Wales.”