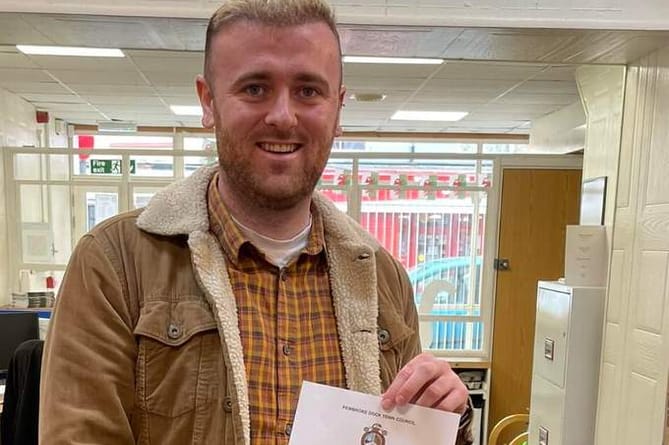 Last Friday, Pembroke Dock swore in its youngest Mayor when Clr. Joshua Beynon (who was Deputy Mayor), became interim Mayor following Clr. Terry Judkins’ announcement that he was stepping down from the role.

“Clr. Judkins has thanked Councillors for support during his short term, but due to personal reasons and extra work commitments this has resulted in him being unable to attend events and give his full attention to the role.”

Accepting his new role last Friday, 23-year-old Clr. Beynon said: “It’s an honour to be the youngest Mayor in both the town and Pembrokeshire’s history and I look forward to promoting the town and the values I hold dear of compassion, equality and kindness.”

In his first week of office, Mayor Joshua went to a Lantern Parade workshop, and opened the Pennar 10k Fun Run which saw about 70 locals come together to raise money for mental health charities.