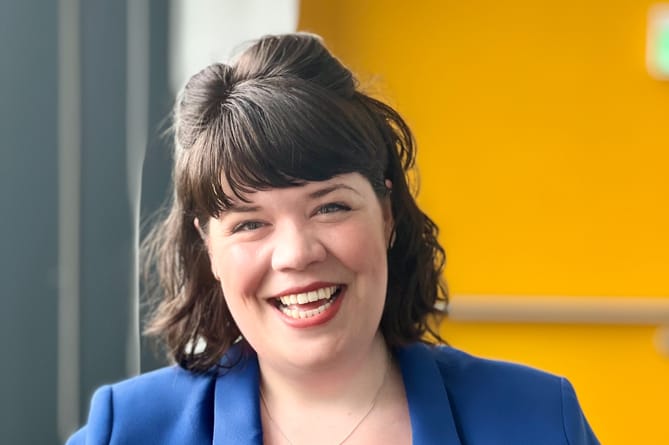 Milford Haven’s Torch Theatre has announced that Chelsey Gillard has been appointed as their new Artistic Director, succeeding Peter Doran after his 25 years in the role.

Chelsey arrives at the Torch Theatre with a wealth of experience in theatre making and creative engagement. She was most recently the Carne Trust Associate Director at The Stephen Joseph Theatre in Scarborough (2019-2021) where she had the great privilege of working on the premiere production of Sir Alan Ayckbourn’s 85th play The Girl Next Door. She is a founding member of PowderHouse, the Company in Residence at the Sherman Theatre in Cardiff and is also an Associate Artist of Chippy Lane Productions.

“I am thrilled to be joining The Torch, I have long admired the work of this brilliant team and Peter Doran’s leadership. As the only regularly funded venue in Pembrokeshire it has been a beacon of creativity and a vital hub for the community over the last 45 years. As we look forward we will need to continue to innovate, finding new ways to reach out to audiences, participants and artists in Milford Haven, Pembrokeshire and beyond. I am excited to lead this next chapter alongside Executive Director Benjamin Lloyd and the Board.”

Music festival gets underway in Pembrokeshire

“The last few years have been so difficult for so many and theatre can be the spark of joy, connection and solace that we all so desperately need. I am looking forward to welcoming you back to our stages where I am delighted to be curating a wide range of work including the annual Panto, classic drama and home-grown new writing, whilst also celebrating the vibrant youth theatre and community groups who call The Torch home. What a privilege to be part of the legacy of this unique building, I can’t wait to get started.”

Chelsey is a Welsh director, born and raised in Bridgend. Her career started at The Other Room in Cardiff as a Trainee Director, where she directed her first professional production, Constellation Street by Matthew Bulgo (co-directed with Dan Jones), which won Best Production in the English Language at the Wales Theatre Awards. Since then, Chelsey has gone on to work around Wales and the UK, directing productions such as BLUE (Chippy Lane and Chapter), Saethu Cwningod/ Shooting Rabbits (PowderHouse, Sherman and Theatr Genedlaethol Cymru), The Invisible Woman (WMC and Welsh tour) and The Burton Taylor Affair (Sherman and Oran Mor, Glasgow).

“We were thrilled with the breadth and depth of interest in the role of Artistic Director here at the Torch, though not surprised given how unique and special an opportunity it is to lead the artistic programme at one of Wales’ most precious artistic resources. There remain myriad challenges facing the Arts and as an organisation we are determined and committed to meeting them head on and continuing to support our artists and our communities into the future. We are equally thrilled therefore to have found in Chelsey, an Artistic Director with a vision and commitment that matches our ambition to innovate, inspire, create and engage in new, profound and exciting ways as we drive toward a more representative, equitable and sustainable future in the Arts, for the next generation in West Wales and beyond.”

The Torch Theatre’s staff, volunteers and Board of Trustees are looking forward to working with Chelsey in the coming months.

Rhys Sinnett, Chair of the Board of the Torch Theatre on Chelsey’s appointment added:

“We are delighted to welcome Chelsey to the Torch family and very much look forward to her and Ben building on the work that Peter Doran has done over the last 25 years. She will bring her ideas and artistic vision to the role and be focussed on growing the youth theatre and community engagement as well as delivering her own programme of productions. We can’t wait for her to join us on this journey.”

The journey will start a little ahead of schedule for Chelsey as she will join the development of the Torch Youth and Engagement strategies this Summer and will oversee the Torch Youth Theatre’s Drama Summer Schools offer in early August. This a great opportunity for Chelsey to experience first-hand the wealth of young artistic talent in the county and for the participants to work with an incredibly exciting and visionary director.

“Chelsey’s appointment as Torch Theatre’s new Artistic Director represents another exciting step along the road in fulfilling the company’s long-term development plans towards artistic excellence, greater resilience and future sustainability. This new chapter builds on the valued and exemplar contributions that Peter Doran has made during his tenure at The Torch. We welcome Chelsey to her new role, and are confident that her artistic vision, her energy, and her ambition will ensure continual evolution of the established traditions in a way that will uphold The Torch’s legacy and unleash its potential.”

Chelsey Gillard will officially start the role of Artistic Director in October 2022, initially working alongside Peter Doran as he delivers his final season of work at the Torch. The theatre is producing a bumper programme of artistic work to mark Peter’s final season and the Torch’s 45th anniversary, with two productions at the Edinburgh Fringe Festival, Grav and Angel respectively, a UK Tour of Angel in September and October, the Torch Theatre Company’s Autumn Production, Of Mice and Men, and the annual Christmas Pantomime, Sleeping Beauty, which will be Peter’s last show as Artistic Director. Chelsey will continue solely in the role from January 2023.