A dream of a ballet - a sparkling reinterpretation by Ballet Cymru 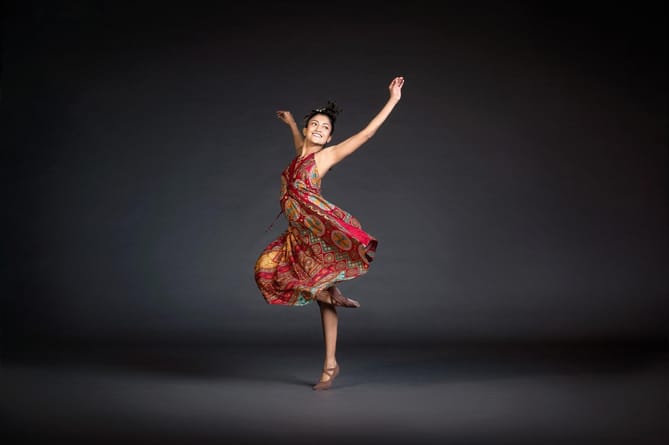 On Saturday, July 2 at 7.30 pm, Ballet Cymru return to the Torch Theatre with their live production of Dream, an exciting new adaptation of Shakespeare’s A Midsummer Night’s Dream. The production promises to be full of the magic and flair of Ballet Cymru’s previous productions which include a spell binding adaptation of Roald Dahl’s revolting rhymes.

Ballet Cymru, based in Newport, are a performing arts group known for their original and accessible performances, of modern ballet, dance and theatre. They are the ‘ballet company who liked to do things differently.’

Dream is no exception, described as a sparkling re interpretation in ballet for the 21st century. Working with Award-Winning instrumentalist and composer Frank Moon, Ballet Cymru have created a magical, gender bending world of fairies, lovers, and bewitching enchantment.

Frank Moon is one of the leading composers for dance in the UK, and his compositions include; The Metamorphosis (Royal Opera House, winner of an Olivier award, a Sky Arts South Bank Award, and the Critic’s Circle National Dance Award), The Little Match Girl (Jerwood DanceEast / Sadler’s Wells).

Critics’ Circle Award-winning company, Ballet Cymru is an international touring ballet company for Wales, committed to inclusion and innovation in dance and classical ballet, and the highest standard of collaboration. The company produces original professional dance performances that tour nationally and internationally. Its extensive Access and Outreach programme is committed to breaking down barriers to accessing the arts.

Opening the show are the Duets Scholars from Gelliswick VC Primary School, who will be celebrating the end of their 3 year scholarship with a very special performance on stage. Duets is a dance programme funded by The Arts Council of Wales and The Paul Hamlyn Foundation specifically designed to identify talent, provide progression routes and improve aspiration. The Wales wide programme engages over 13,500 young people in 6 different regions.

Tickets for Dream are on sale now from the Torch Theatre’s Box Office on 01646 695267 or online through the Torch Theatre website, www.torchtheatre.co.uk The performance is suitable for those aged 7+.