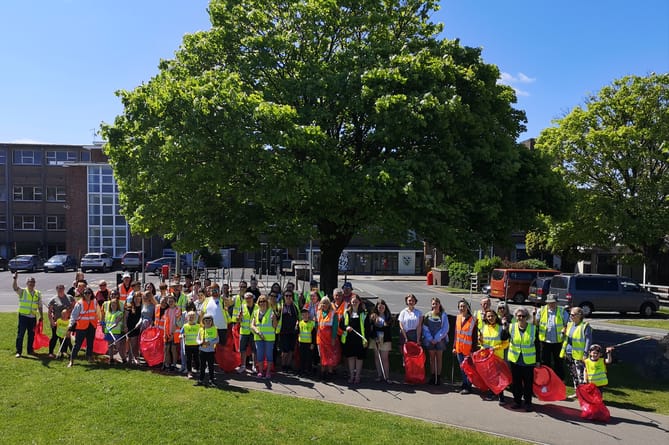 Ysgol Greenhill would like to say a massive “congratulations” to two of their students, Rhys and Iwan, who have both passed their RYA Offshore Handling Level 1 Certificate during a recent offshore voyage with the Sea Cadets. During the trip they practised navigation, took the helm, did watchkeeping, as well as more mundane tasks like cooking and washing up! They were even lucky enough to see dolphins out in the Irish Sea. Well done boys!

Seventy plus members of The Church of Jesus Christ of Latter-Day Saints, in partnership with Greenhill School and Keep Wales Tidy assembled in Tenby recently to do a large-scale litter pick.

Coming from as far away as Merthyr Tydfil, the participants concentrated on cleaning up the western end of the town between The Green and Tenby Leisure Centre including parts of the grounds surrounding the school. Making a donation to school funds, they then enjoyed a picnic and family games on the school field.

Those taking part agreed it was a pleasure to serve the local community and had been warmly welcomed by residents who they met during the pick.

Greenhill School was pleased to be part of this project and welcome future involvement in local community projects. A big thank you to all those involved.